Reacting to Reactivity – working with on lead dog to dog aggression

One of the most common behaviour queries I receive from dog owners is how to address on lead aggression towards other dogs. 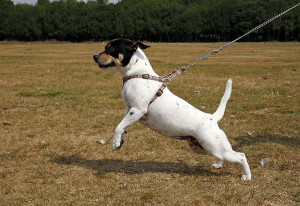 It is undeniable that we are seeing more and more lead reactivity in our dogs. This could be due to a number of reasons such as less early socialisation as puppies due to more awareness around risk of infectious disease, longer periods of time spent socially isolated due to working commitments, or possibly due to the fact that most dogs when I was growing up walked themselves – off lead, around the neighbourhood!

Whatever the reason, it is on the increase and is something that we need to help our dogs out with.

Often people are frustrated and occasionally some are frightened by their dog’s behaviour.

Most are embarrassed by the barking, lunging whirlwind at the end of the lead.

What I say to all of them is don’t be, you are not alone!

My own Charlie, doesn’t really like other dogs. When I adopted him at 10 months he had a broken back leg and was restricted to 5 minute walks 4 times a day – you can only imagine the frustration this caused a young adolescent Dalmatian cross as he wanted to run around and say hello to everyone. 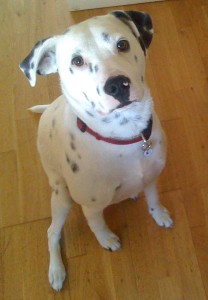 This building frustration was then compounded by fear when he was attacked on three separate occasions by two male yellow Labradors. At the time I had a second dog, Penny, and they also began fighting in the home.

Even after we lost our beloved Penny and everything settled down in the house Charlie continued to become increasingly defensive around other dogs on his walks. 30kgs leaping around at the end of the lead was no fun for anyone and eventually my husband became increasingly reluctant to come on walks with us.

Although it was distressing I understood that Charlie’s behaviour was rooted in fear and this understanding meant I was able to devise a plan to work through it.

I knew what I needed to ultimately do was change his existing negative association with dogs into a positive one.

First I worked on teaching Charlie to be super responsive to various cues in the house that are incompatible with focusing on another dog. For example to touch my hand on cue, give me eye contact, change direction and walk close to my side.

Note: All of which you can see tutorial videos on in my previous Team Work on Walks blog.

Once he could do all of these things in a non-distracting environment, like my front room, I started to ask him to do them in the back garden or when my husband was home. This meant I was raising the criteria in increments – making it easy for Charlie (& me!) to succeed.

Once Charlie was nailing his cues indoors and in the back garden we were ready to head outside.

I could have gone out into our front garden and worked here as that would have been a natural progression. However, as I live on a quiet cul de sac there are 5 or 6 dogs that are old school and are still allowed “walk themselves” which would have played havoc with our training.

So Charlie and I headed off to the Phoenix Park. 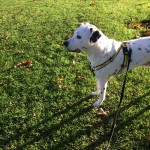 The park was a super space as it allowed me to manage our proximity to other dogs while practicing our cues. Initially for Charlie he needed a minimum distance of around 30ft to feel relaxed enough to focus on his training – i.e. 30ft was needed to keep him under his fear threshold.

Charlie ultimately learned that when we saw a dog at 30ft away all he needed to do was check back in with me and he would be rewarded with fuss and a tasty treat. 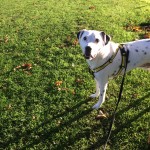 This was repeated every time we saw a dog without fail. Gradually through this I could see his response to another dog in this distance shift from a tense defensive posture to one of excited anticipation – he was effectively telling me “look mom… another dog… treat me!” J

Of course we occasionally slipped up if a dog happened upon us unexpectedly and Charlie would revert back to lunging and barking.

When this happened I would simply wait it out. 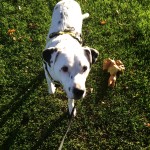 I am not going to lie it was frustrating when these incidents would happen, especially right at the end of a really nice walk but the important thing I had to keep telling myself was that it was getting better and mistakes and set backs are inevitable.

I completely understand why the automatic response for most people is to tell their dog off. However, their dog probably can’t hear them as they are in a fight or flight response and if they can their shouting will potentially escalate the issue and/or make their dog more anxious as the person they trust is effectively behaving in a threatening manner. So if this happens to you, simply take a deep breath and try to remain calm. 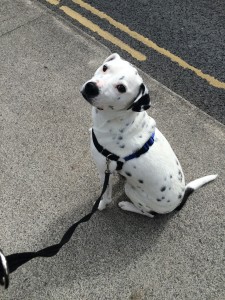 Once Charlie was relaxed in the park we then needed to generalise it to other areas such as the beach and paths around my neighbourhood.

Gradually, over time (months/years!) we have been able to reduce the distance from other dogs so that Charlie can now pass within a few feet without becoming anxious and reacting. He even has his very own girlfriend called Pixie who he goes for regular walks with.

However, I will confess Charlie is not perfect with other dogs. He still occasionally gets upset when he sees medium sized yellow dogs (labs, retrievers, wheaten terrier etc), if a dog tries to rough house or mount him or if a dog stares at him intently. These are his triggers and thankfully we both know them so in order to help him make the right choice I try my best to create more distance from those types of dogs and equally forgive us both if he slips up and reverts back in his behaviour. After all he is not a machine and nobody is perfect, although he is pretty damn close!

Note: I would strongly advise anyone who is struggling with a reactive dog to contact a qualified trainer to help you work through a behaviour modification program. 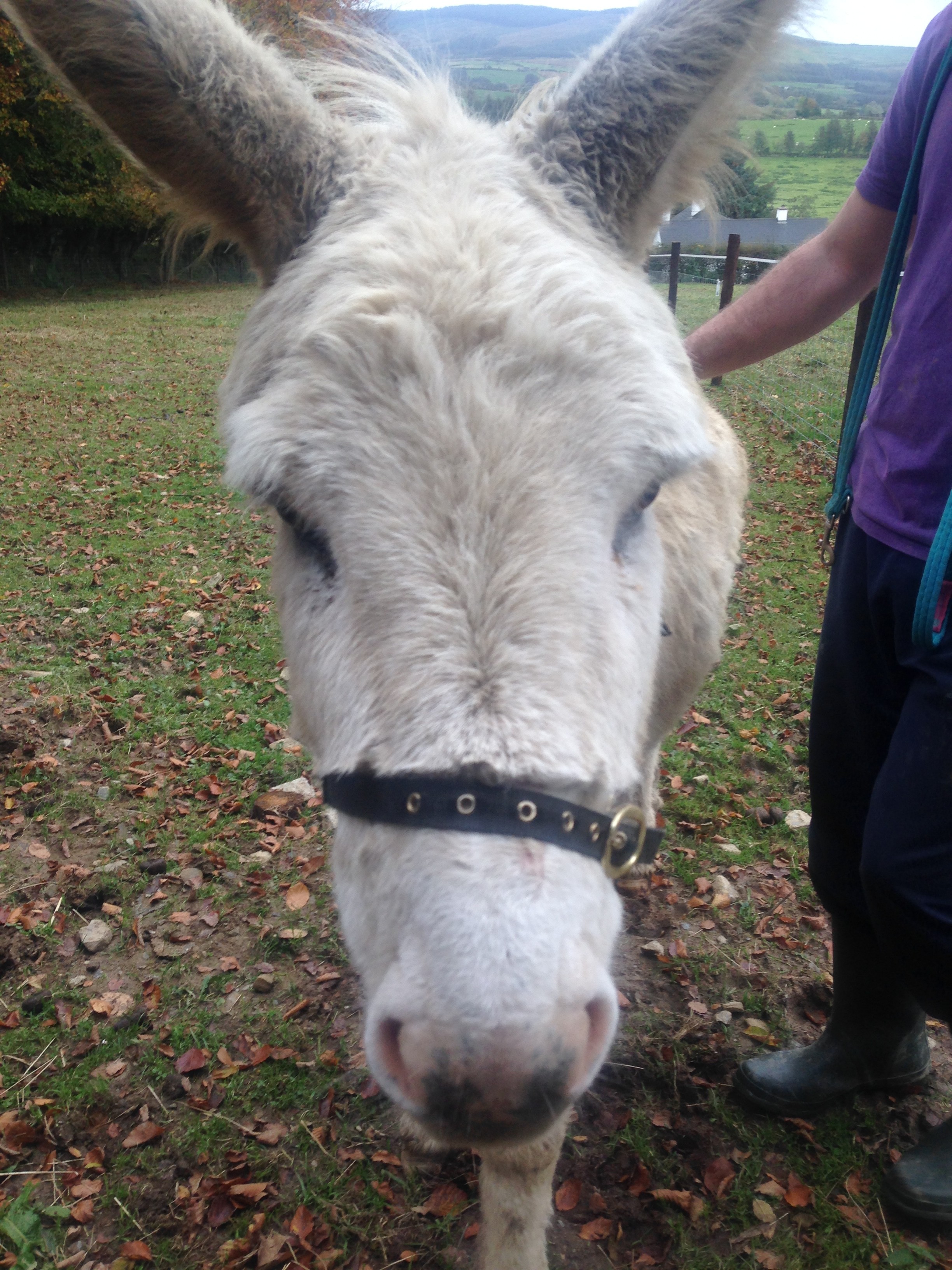 The Value of Volunteering

The Value of Volunteering

I love to read and have amassed quite the library of books over the past few years. I have compiled a list of books that I think are great reads.

Here is a list of products that I have used with my own dog or dogs I have worked with in the past.